Today, 11 November, the Industry and Energy Committee of the European Parliament (ITRE) adopted its Report on the Energy Efficiency Directive (EED) and confirmed its willingness to put energy efficiency high on the EU agenda by supporting a binding 40% energy efficiency target for 2030. The approved text also preserves the annual energy savings requirements of the current Directive and confirms the flexibility for Member States to set the policy tools to reach the target.

Glass for Europe, together with other key sectors of our economy, has consistently put forward evidences showing that an ambitious and comprehensive EED is the cost-effective way for Europe to show leadership and consistency in view of the implementation of the Paris agreement. “Today’s vote is underpinned by the principle that the cleanest energy is the energy you do not consume, and we hope this same “energy efficiency first principle” will prevail in the plenary vote and during the negotiations with the Council“, stated Bertrand Cazes right after the vote.

As the European Council has already released its General Approach, the three institutions will have to gather in the coming months in order to agree on a final common position. 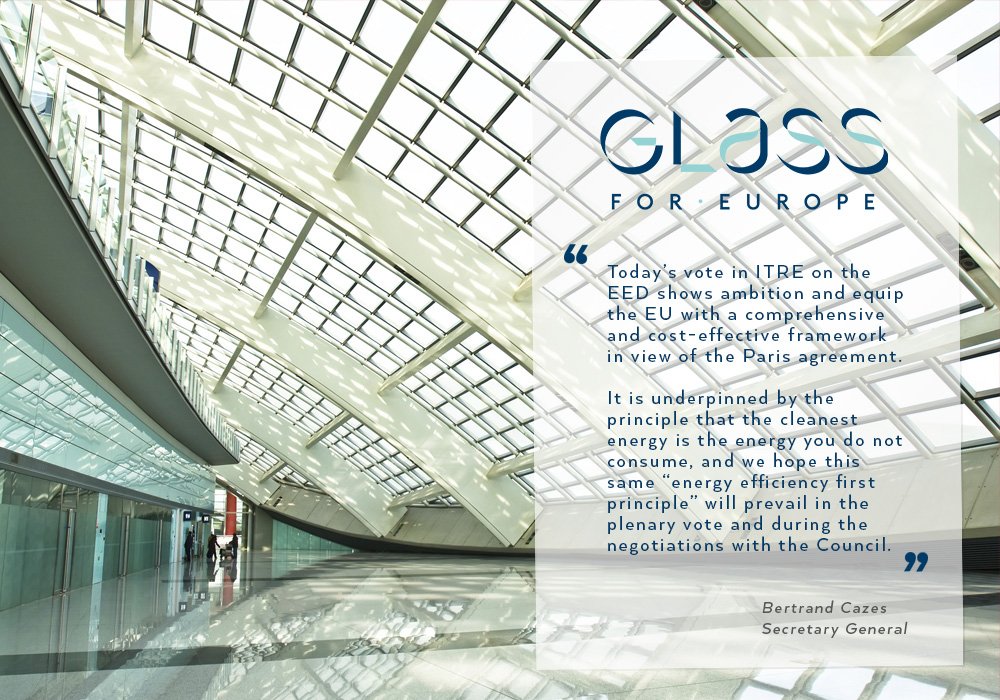